Share a memory
Obituary & Services
Tribute Wall
Read more about the life story of Alma and share your memory.

Alma M. Mogle, 100, of Buffalo Twp., passed away on Saturday, January 21st, 2023, surrounded by her family. Alma was born in New Salem, PA on May 12, 1922, a daughter of the late Arveta (Reichard) and Norman Troup. She was the widow of William Wayne Mogle, who passed away in 1978. Alma was a wonderful wife and mother, who later worked at DuCo Ceramics in Saxonburg and Mister Donut in Natrona Heights. She was a devote Christian and was the oldest living member of Evangel Heights Church in Sarver. Alma enjoyed baking pies, gardening, flowers, and spending time with her family, especially her grandchildren. Alma is survived by her daughter, Nancy Thompson, of Buffalo Twp.; her son, Gary (Alana) Mogle Sr., of Buffalo Twp.; 16 grandchildren; 18 great-grandchildren and 5 great-great-grandchildren. She is also survived by her brother, Glenn (Dorcea) Troup, of Buffalo Twp., her sister Alberta Polliard, of New Bethlehem, and her daughter-in-law Carolyn Mogle, of Natrona Heights. Besides her parents and first husband, she was preceded in death by her sons William G. Mogle and Ivan Mogle; daughters Carol Schreckengost and Shirley Mogle , 3 grandsons Joe & Jamie Thompson and Rich Schreckengost, 1 infant granddaughter, 3 brothers Clarence, Howard & Wayne Troup, one daughter-in-law and two sons-in-law, and her second husband, Dwayne Douthett. Family and friends will be received on Wednesday January 25th, from 11 am until funeral services at 12 pm in Evangel Heights Church, 120 Beale Road, Sarver with Pastor John Kuert officiating. A private burial will follow at the New Salem Methodist Cemetery in Redbank Twp. In lieu of flowers, memorial contributions may be made to Evangel Heights Church 120 Beale Road Sarver, PA 16055.

To send flowers to the family or plant a tree in memory of Alma M. (Troup) Mogle, please visit our floral store. 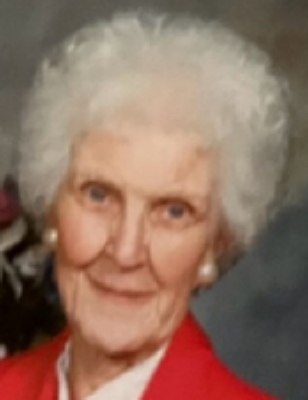