Share a memory
Obituary & Services
Tribute Wall
Read more about the life story of Charles and share your memory.

Charles Theodore "Ted" Kaltwasser, 95, of Cabot, passed away Saturday, December 17, 2022 peacefully, at Concordia Lutheran Ministries. Ted was a longtime resident of Buffalo Twp. Ted was born in Freeport, PA on June 6, 1927, a son of the late Ida (Bennett) Kaltwasser and John F. Kaltwasser, Sr. He was the widower of Janet S. (Sell) Kaltwasser who passed in August of this year. Ted was a 1945 graduate of Freeport High School. He enlisted in the US Army, and after completing boot camp was deployed overseas to Korea where he joined the 51st Field Artillery Battalion at the end of WW2. Ted received his honorable discharge in 1947 and came back home to Freeport. Ted worked at the Freeport Post Office from 1948, starting as a mail carrier, until he retired as Postmaster in 1983. He then worked for AFLAC Insurance Company for 15 years. Ted married Janet, the love of his life, on June 25, 1955, and they celebrated 67 years of marriage earlier this year. They lived in the home they built in Sarver for 62 years before moving to Concordia in 2017. Ted was an example of faithfulness and a dedicated family man who was always there for his children and grandchildren. Ted was a longtime member of Trinity Lutheran Church in Freeport, where he was an usher, council member and served for 70 years as Sunday School superintendent. Ted was a member of the Freeport Odd Fellows, past president of the National Active and Retired Federal Employees, member of the Freeport Child Welfare Assoc. and the Freeport Meals on Wheels. Ted is survived by his son, Charles Lynn and Sharon Kaltwasser, of Cove Point, MD; daughter, Deborah and the Rev. Larry Mort, of Coraopolis and son, David and Marissa Kaltwasser, of Belleville, IL; He is also survived by his seven grandchildren [Stephen (Linda) Kaltwasser, Andrew (Kayleigh) Mort, Nicole (Nick) Helling, Tim Kaltwasser, Joseph (Meredith) Mort, Rachel Kaltwasser, and Amanda Kaltwasser] and one great grandchild (Mayli Kaltwasser). In addition to his parents and wife, Ted is preceded in death by his brothers, William, James, and John F. Kaltwasser, Jr. and his two sisters, Dorothy Tickell and Betty Cramer. Family and friends will be received on Tuesday, December 20, from 3 to 6 p.m. at the Redmond Funeral Home Inc. 524 High St. in Freeport, PA. Visitation will continue at 10 AM until the service at 11:00 AM Wednesday, December 21, at the Trinity Lutheran Church 323 Fifth St. in Freeport, PA with the Rev. Dr. Jeffery Truscott officiating. Burial will be held in Butler Co. Memorial Park, PA. In lieu of flowers, memorial contributions may be made to Trinity Lutheran Church 323 Fifth St. Freeport, PA 16229.

To send flowers to the family or plant a tree in memory of Charles Theodore "Ted" Kaltwasser, please visit our floral store. 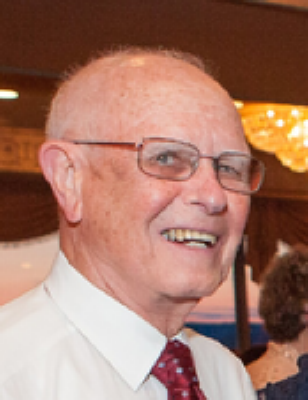