Share a memory
Obituary & Services
Tribute Wall
Read more about the life story of Robert and share your memory.

Robert C. "Bob" Crytzer, 70, passed away unexpectedly Wednesday, Dec. 28, 2022. Born April 13, 1952, in Natrona Heights, to Richard and Sara Jane Crytzer, Bob started his adventures at an early age, spending much of his childhood exploring Harrison Hills Park. He graduated from Highlands High School in 1970 and went on to Indiana University of Pa., where he met his former wife, Cindy Friend Crytzer, and had three children, Christy, Kim and Dan, of whom he was immensely proud. His love for adventure led him to the Army, where he was an air defense artillery officer in Germany, and later to Serbia with U.S. Steel, where he oversaw logistics for much of Eastern Europe. While he enjoyed telling stories of his journeys far and wide, Bob was never happier than when he was lending a helping hand to his loved ones-building a playhouse for his grandchildren, for example or helping his son run his business. He also had a never-ending curiosity about the world and was a voracious reader, as evidenced by the copy of War and Peace he carried with him on his last day (his second time reading it). Bob was a loving father, grandfather, brother, friend and mentor, and he will be missed by many. He is survived by his children, Christy (Brad) Pierce, of Tuscaloosa, Ala., Kimberly (Paul) Pollard, of Cape Coral, Fla., and Dan Crytzer (Jennifer Luhmann), of Freeport, in addition to his beloved grandchildren, Sophia and Camden Pollard and Corbin Pierce. He is also survived by his siblings, Phyllis Marks, Kay (Kurt) Crytzer, Kurt (Simone) Crytzer and Harry (Theresa) Crytzer; and half-sister, Carol Downs; along with many nieces and nephews. Bob was preceded in death by his mother and father and his half-brother, Richard Crytzer. The family is holding a small private gathering. In lieu of flowers, please consider making a memorial gift to the Orphans of the Storm animal shelter at 11878 PA-85, Kittanning, PA 16201.

To send flowers to the family or plant a tree in memory of Robert C. Crytzer, please visit our floral store. 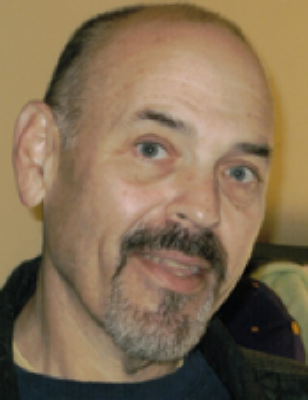 Family and friends are coming together online to create a special keepsake. Every memory left on the online obituary will be automatically included in the book.

You can still show your support by sending flowers directly to the family, or by planting a memorial tree in the memory of Robert C. Crytzer